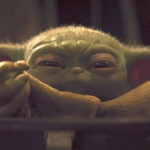 You can call me Wolfy, Wolf, Weird Bean, Wolfwhisker, Nerd, Fenris, Octillo, or really anything you want :)...

Hello there! I'm Wolfy, your local oddness person and heir to the thrones of darkness and fire (The two elements I associate myself with) so... yeah. I'm also a poweruser, so if you have any questions you can totally ask!! I also like chatting, so feel free to send a message...

Warriors, I'm probably a WindClan cat... I really like Shadowclan too.

Wings of Fire, (duh!) I am also a SilkWing-NightWing in WoF, even though my favorite tribes are Hivewings.

I also read Redwall... my gosh, so amazing!

I'm also a polygot in Keeper of the Lost Cities! I ship Sophiesingle, but I don't mind Dexphie either.

Huh what else do I like... oh yeah, My favorite book is really Watership Down. You guys should read it, it's really good!

I use exclamation marks too much.

I absolutely love MLP, I'm a total fanatic! And Discord is amazing.

I'm getting in to Star Trek, if you're wondering why I'm not super active... blame Spock.

Voltron Legendary Defender is also neat, I'd say it's a great mix between sci-fi and fantasy.

And another favorite TV show of mine is The Dragon Prince. It's great fantasy, and boi is Zym cute owo

My spirit animal is a wolf, which also happens to be my favorite animal.

Feel free to talk to me about any of those topics or anything else... I love meeting people.

She's so amazing! Like, the way everyone sorta likes her but is low-key (er, high-key) terrified of her, her charisma... but in the end she's (sometimes?) a good friend. Its also really cool that she's bi, I felt very inspired after watching 99 and Game Night!

How does an alien commonly used as food for a superior race, an alien that has never had a place in the federation, become a first officer and highly regarded official? (Maybe he'll become captain in season 3!) I love everything about Saru, from his cautious friendship with Michael to the way he treats his co-workers. And his bro-mance with Pike is seriously awesome

Retrieved from "https://creativity-center.fandom.com/wiki/User:WolfwhiskerSilkWingNightWing?oldid=32380"
Community content is available under CC-BY-SA unless otherwise noted.